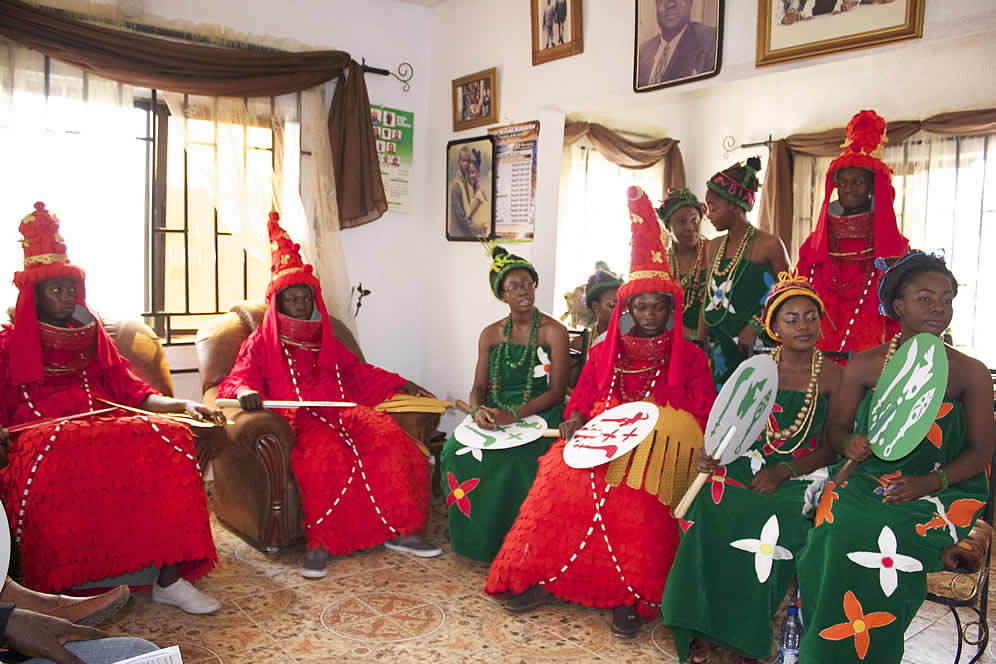 On January 1, 1914, the occasion of the declaration of the constitution of the Colony and Protectorate of Nigeria, Lord Lugard, Governor-General, announced the amalgamation of both the North and South Provinces of Nigeria. 2014 marked the centenary of this proclamation and presented a need for celebration. Former President Goodluck Jonathan flagged off activities to mark a year-long commemoration of this centennial year. Much as this symbolized an important era in the history of the country, the 2014 proclamation in no small measure redefined the British-led structure which further entrenched colonial rule in what later became Nigeria. The agreement for the amalgamation of both Provinces was done without the input of the people who later became known as Nigerians. In its commemoration, a centenary logo and song were created, as well as celebration of a number of events: a state banquet for past Heads of State organized by the Nigerian government. The Secretary to the Government of the Federation, Senator Anyim Pius Anyim emphatically stated: ‘The celebration is not only desirable but imperative because of the landmark achievements the country has recorded in the last 100 years since its amalgamation’ . To reiterate this view, General Abdulsalam Abubakar, who presented the theme song of the event, noted that despite the challenges Nigeria had faced in the last 100 years, there is every reason to celebrate in song and dance as one nation.

While the coming together of past Heads of States and Presidents of Nigeria to celebrate this event may have been suggestive of unity and integration, and indicative of a more positive outlook to the future of Nigeria, there were dissenting voices about the centenary commemoration. The commemoration came under strong criticism. Oloja described the event as a ‘grandiloquent celebration of mediocrity’ . His judgment was based largely on the clear absence of historical documents and documentaries on Nigeria. He contrasted the effort of the Federal government with that of the Rivers State government who produced an edited volume titled ‘Port Harcourt at 100’ by the famous historian, Professor E. Alagoa. Oloja laments; Why didn’t the presidency borrow a leaf from this worthy effort?’ .
Whose Centenary? Project was birthed as an artist engagement devoid of governmental involvement. The project envisions Nigeria as a country with diverse cultural expressions worthy of celebration. However, in defining the 100 years of Nigerian history, it brought together eleven artists to interpret and highlight a more conceptual understanding and contextualization of Nigeria in the last 100 years. It opens with a rhetorical question and throws up further questions: Of what necessity is the commemoration of this British construct now known as Nigeria? How does this construct define the identity of the people subsumed under it, particularly when viewed against the background of the myriad problems that exists in Nigeria today? Does 1914 and the attendant amalgamations hold as much weight as 1960, a date that heralded freedom from British rule? Does the commemoration of the amalgamation not provide a basis for the celebration of colonialism? Whose Centenary? picks on a different register of history- to commemorate the passing of Oba Ovonranmwen, the King of Benin, who stood against British imperialism in the defense of his kingdom. His exile to Calabar in 1897, and his eventual passing in 1914 during exile, became a new way of positioning history in the context of the commemoration of amalgamation. The Whose Centenary? project questions the lack of critical readings of some of the historical moments of our past. The project which was held on the 6th and 7th of December, 2014 yielded a new body of works in new media, performance, installation, painting, poetry and photography. 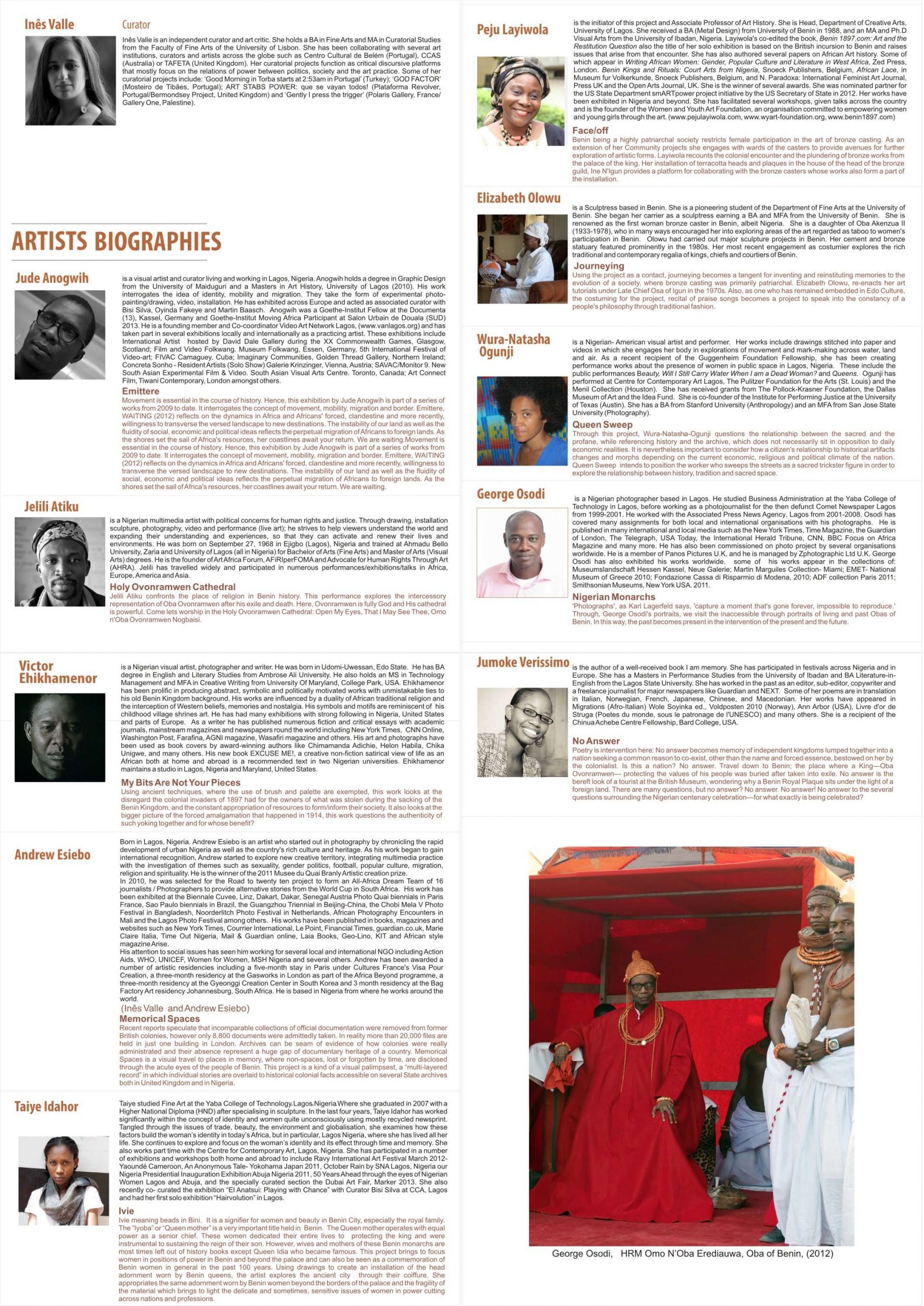 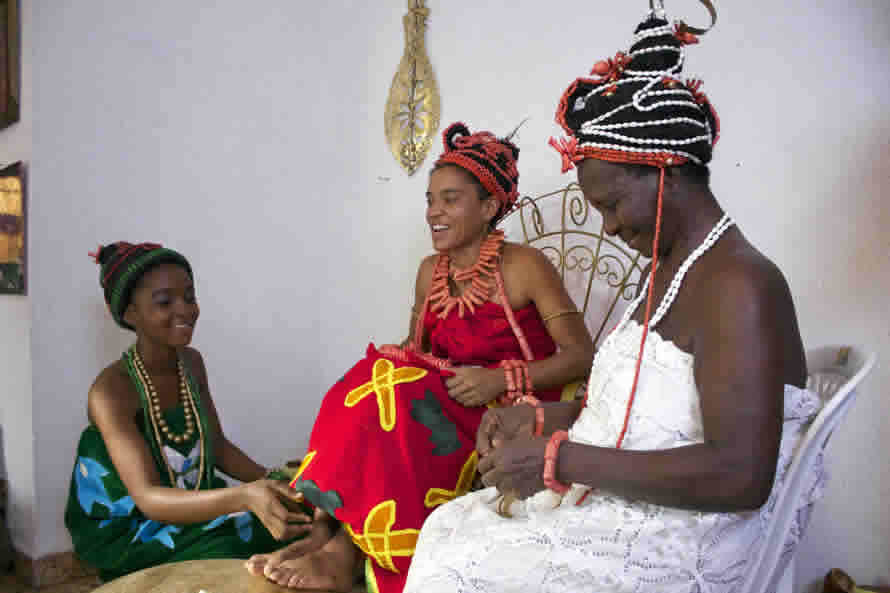 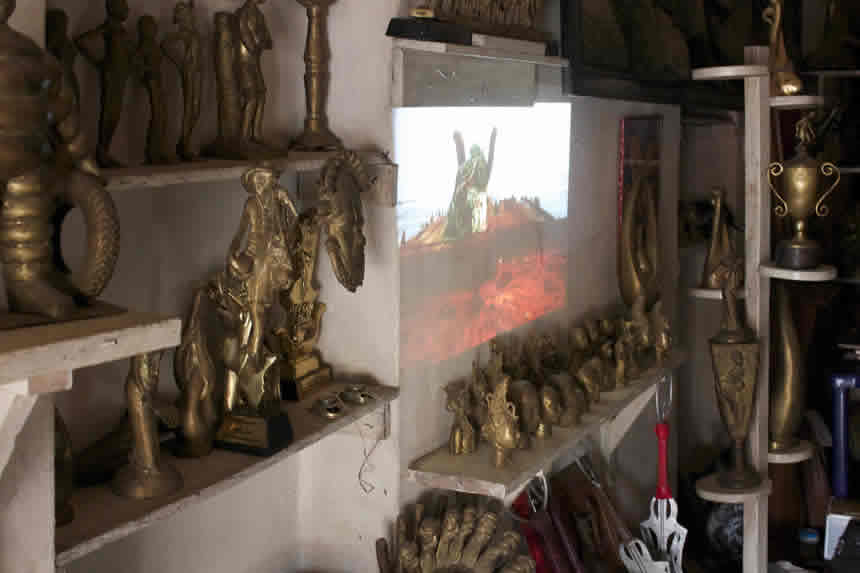 At the King’s quarters at Akenzua Street. photo by Jude Anogwih. 2014… 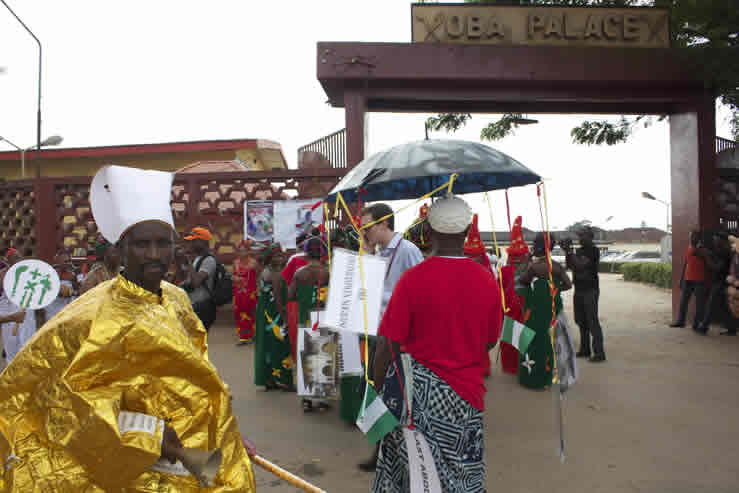 My Bits are not your Pieces by Victor Ehikhamenor at the palace of the Inneh of Igun. photo by Jude Anogwih. 2014 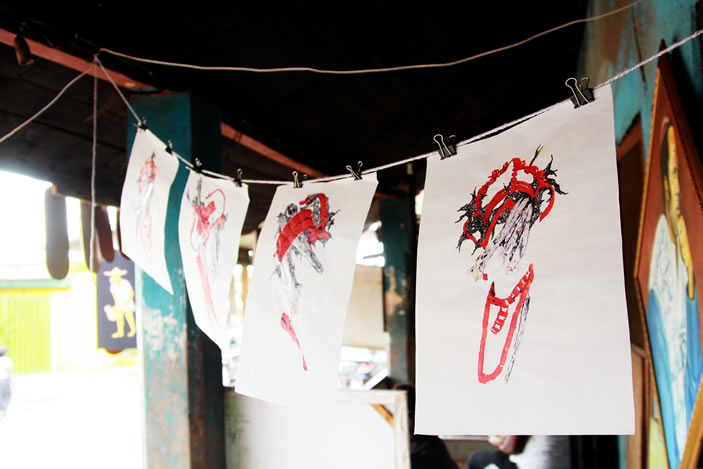 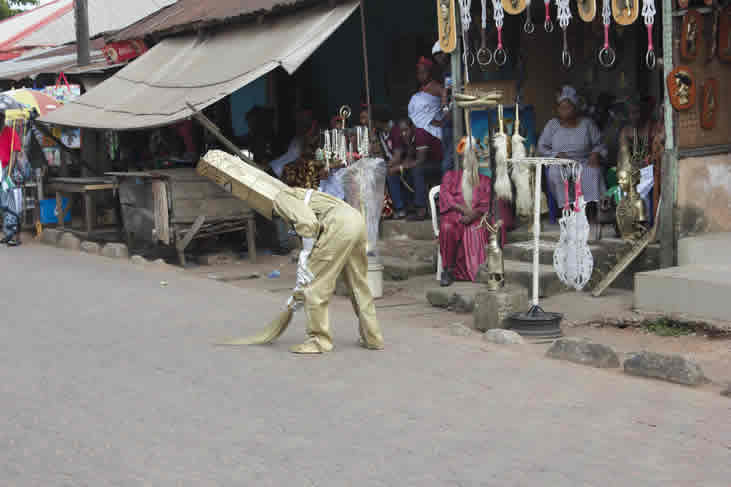 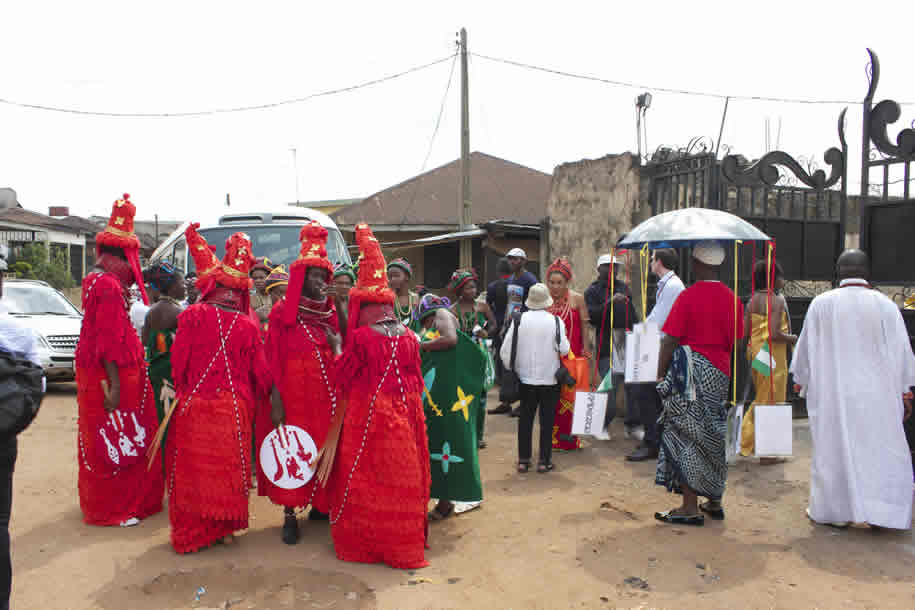 Beginning the procession, The King’s Quarters, 2014. 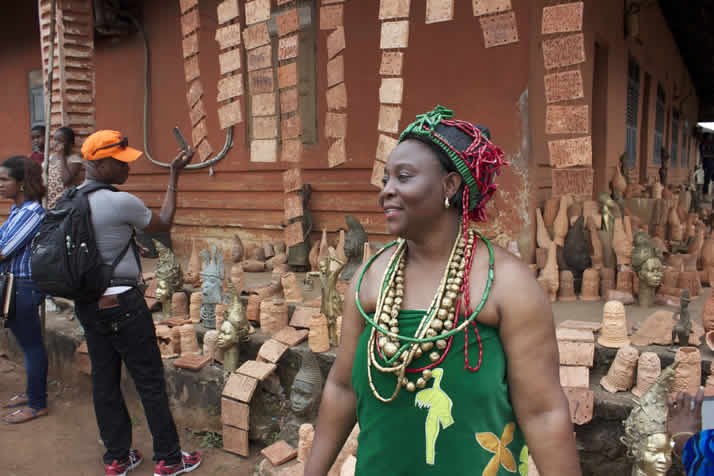