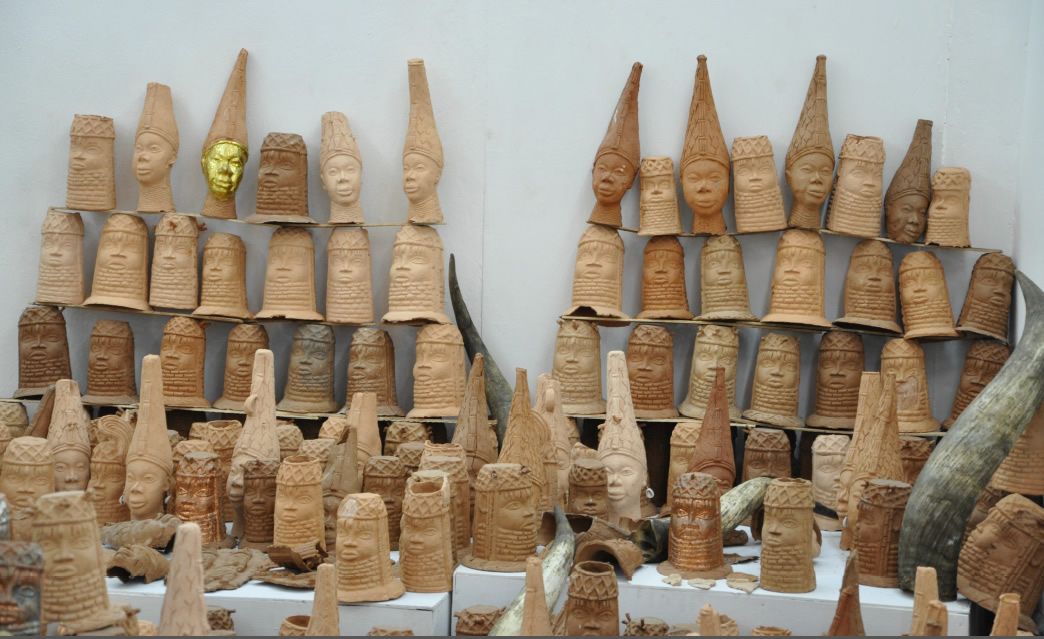 1897.com,Installation view, terracotta, Animal Horn, paper, beads, inlaid Brass and copper, Variable size; display of 1000 heads, 2009-2010, © Peju Layiwola
Benin 1897.com is my first solo exhibition in Nigeria. It references the British expedition to Benin where thousands of works of art were looted from the palace of His royal Highness, Oba Ovoranmwen in 1897. This exhibition adds its voice to the debate on Benin contested patrimony and discusses issues about identity, copyright, and ownership of Benin looted objects. Benin represents the venue of the attack, 1897, the date and ‘.com’ like the domain name .commercial, alludes to commerce as the main reason Benin was sacked. .com also refers to the commodification of Benin objects which now attracts huge amounts at international auctions without recourse to the royal family of Benin. This exhibition was shown in two university campuses; Universities of Lagos and Ibadan in 2010. It has a 216 page catalogue with articles from several distinguished African and Africanist scholars amongst whom are Kwame Opoku, Sylvester Ogbechie, Freida High, and Folarin Shyllon. The foreword is written by His royal Majesty, Omo N,Oba N,Edo, Uku Akpolokpolo, Oba Erediauwa of Benin
Benin1897.com: Art and the Restitution Question
8 April-30 May, 2010
University of Lagos Main Auditorium Gallery.
University of Lagos, Lagos, Nigeria 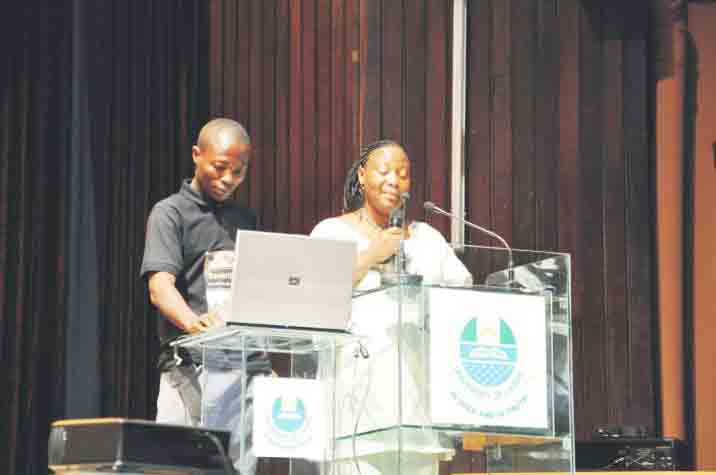 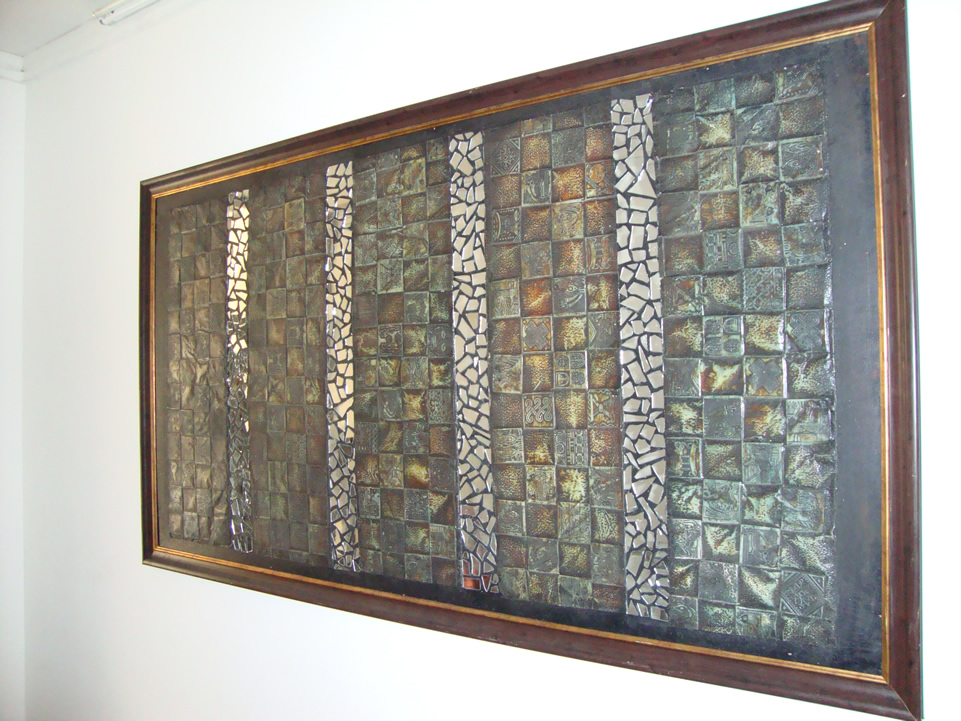 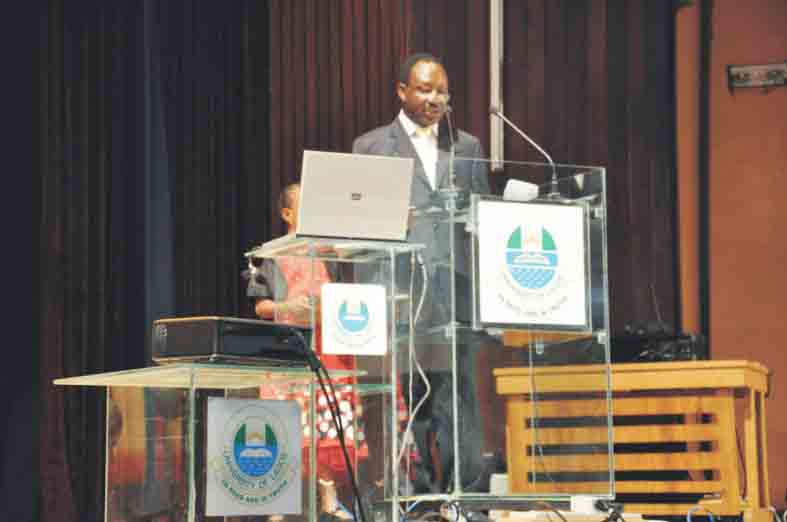 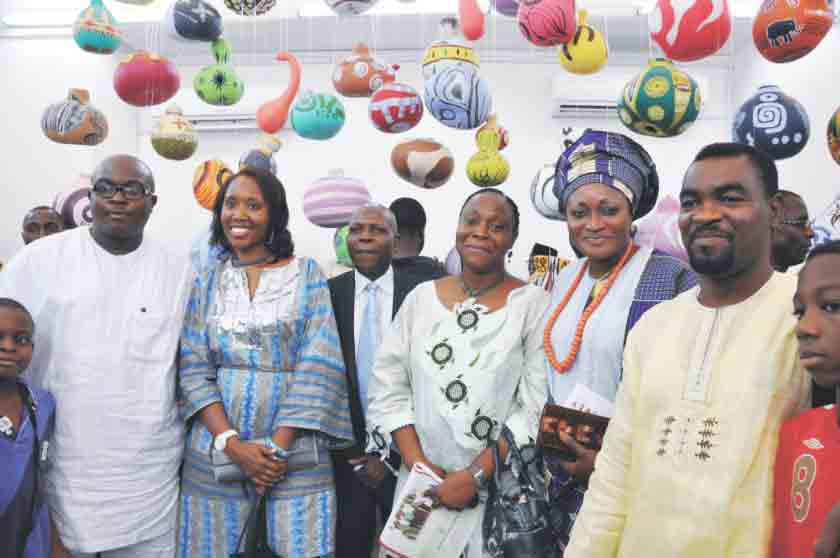 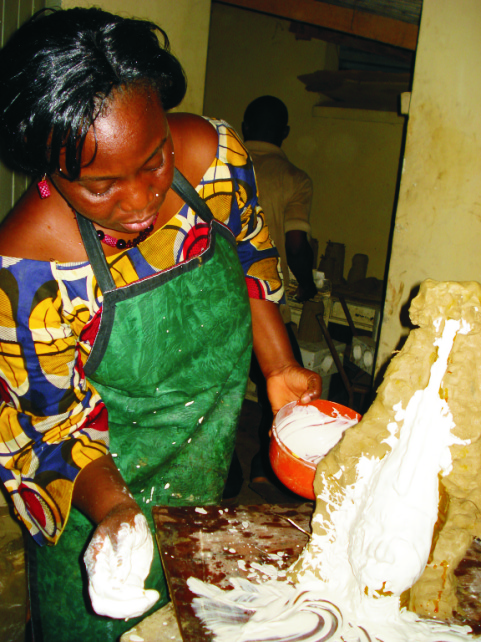 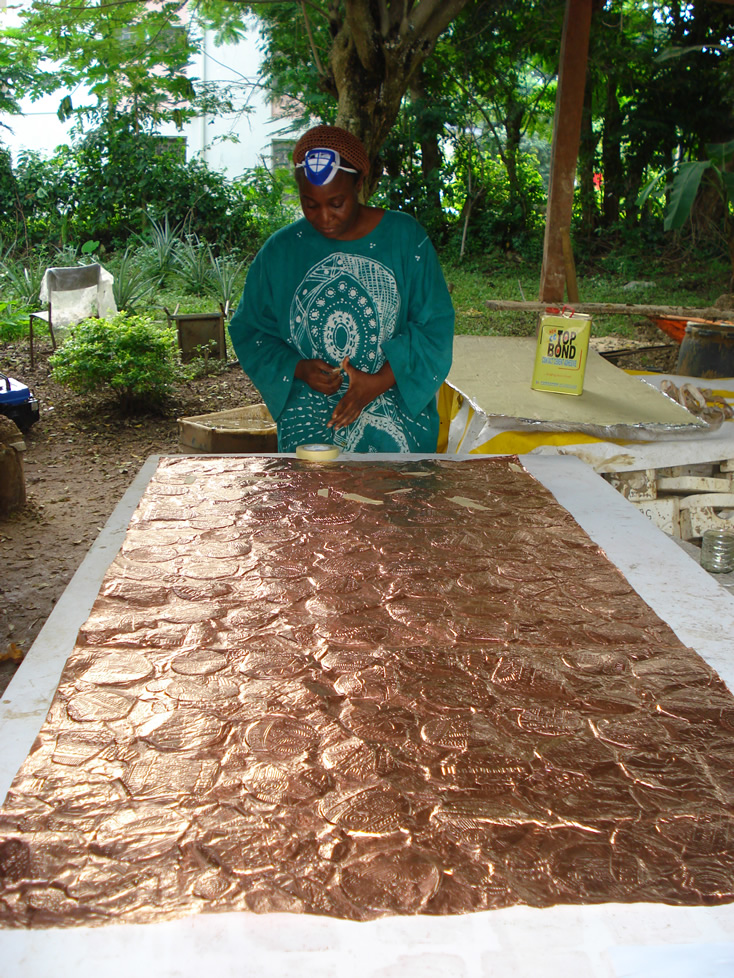 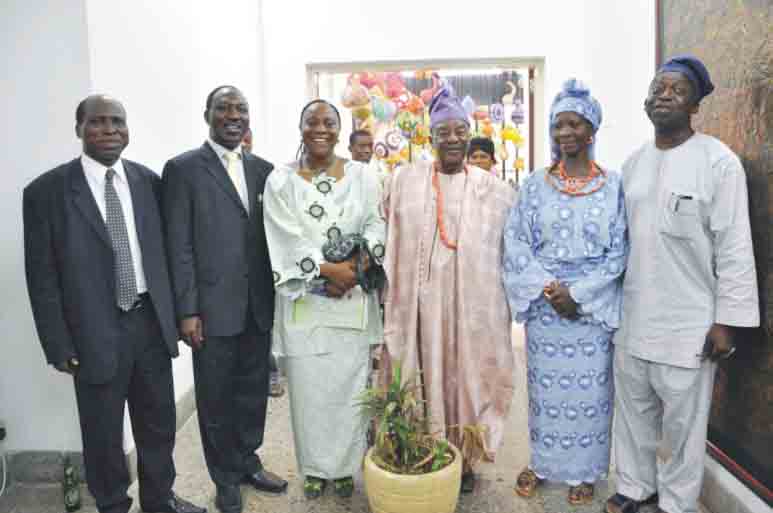 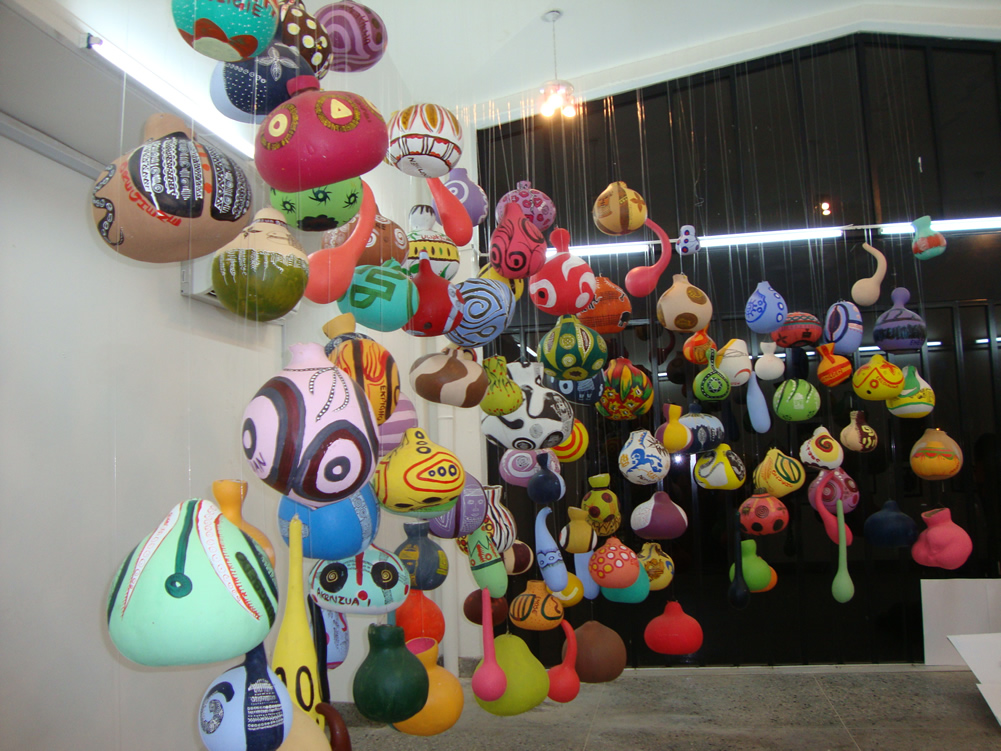 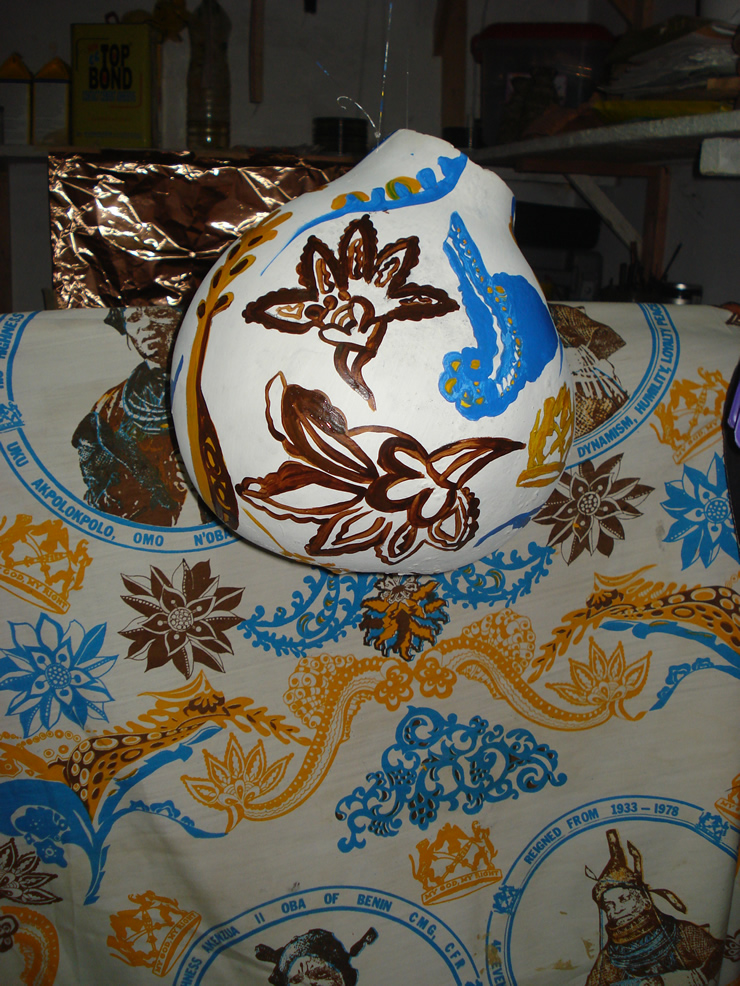 Close up of Commemorative fabric designed by Elizabeth Olowu, 2009. 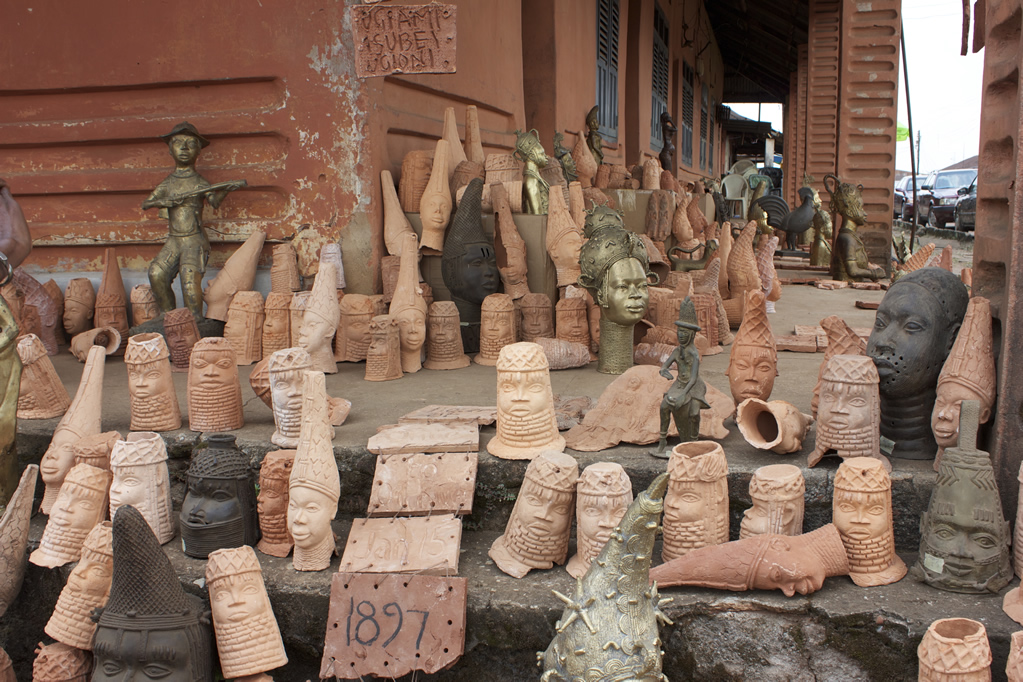