Let Us be Reminded that Benin Art is Court Art 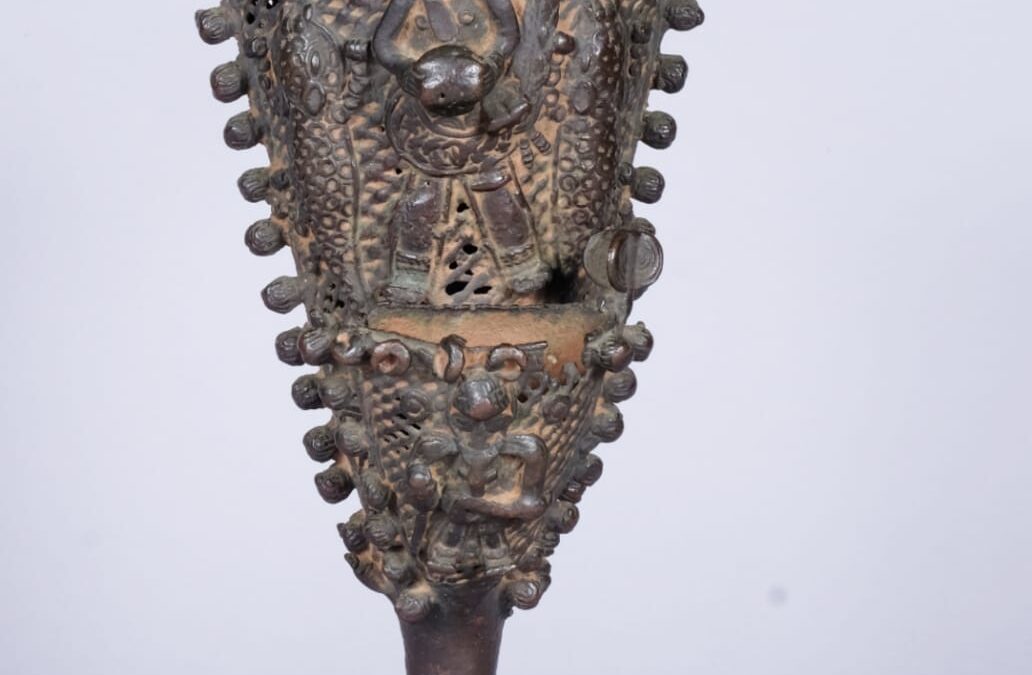 I have been watching the scenario unfolding over the repatriation of Benin artefacts and I am surprised at some of what I read and watch on television. It shows that either we have no sense of history or we have decided to set facts aside in pursuit of self-interest.
Can anyone with the knowledge of the colonial violence unleashed on Benin, its monarchy and its people with the attendant plundering of thousands of Benin artefacts from the palace of the king contest ownership with His royal Majesty? The Oba of Benin is the custodian of Benin art and these looted objects are clearly his heirloom. The Oba must therefore be a key figure in any discussions regarding the return of Benin cultural treasures. In addition, the property rights of these objects must remain with him. The Oba had always held the objects in trust for his people. He instituted and catered for the guilds that produced these treasures.

Several of these objects were removed from his bedroom and the shrines of the palace. The various versions of the Queen Idia masks were taken from his bed-chamber showing the deeply historical, personal, emotional and spiritual connections the Oba had with the Queen mother over centuries. The ancestral heads are idealised images of Obas and not any other individual. In this struggle for the repatriation of Benin tangible patrimony, members of the Benin royal family have been at the forefront of the clamour long before the Nigerian state or any state government showed any interest. As far back as 1935, HRM Oba Akenzua II solicited the help of Lord Plymouth for the return of two looted Benin stools in Berlin. He waited for four years to receive plastic replicas of these stools which he considered very important in palace ceremonies since the Germans were adamant about returning the originals. The Oba paid 1.582 Reichmarks for these stools. In the 1930s, when the regalia of Oba Ovonranwen were returned to Nigeria, they were given to HRM Oba Akenzua II and not to any representative of the state or Federal government. These items of regalia were assimilated into the sartorial traditions of the palace. The epochal return of the two bronzes by Dr Adrian Walker in 2014 were given to HRM Oba Erediauwa I in the palace. There can be no other place to return these looted objects other than the palace of the Oba of Benin where they were taken from originally. I recall HRM Oba Erediauwa’s deep concern for the return of Benin artefacts and the several pleas he made to keepers of this looted ancestral heritage, without impute from elsewhere. A case in point is the plea to the British House of Commons in 2000 by HRH the Enogie of Obazuwa, Prince Edun Akenzua.

The Oba of Benin is central to receiving and directing on where these treasures should be domiciled. The reason put forward for restitution over decades is that Benin culture is an extant tradition. Benin rites and traditions are still very much in place unlike in the case of the Nazis. The Benin King sits on the throne as a custodian of his people just like the Asantehene who also lost a lot of personal gold treasures to the British. The Benin example is a model for the handling of returns of other pillaged art from territories in Africa. What is important here is that ownership rights should remain with the Oba.

Profesor Peju Layiwola is an artist. Her 2010 exhibition ‘Benin1897.com: Art and the Restitution Question’ is the first solo exhibition to address this issue of art pillage in Benin City. @pejulayiwola